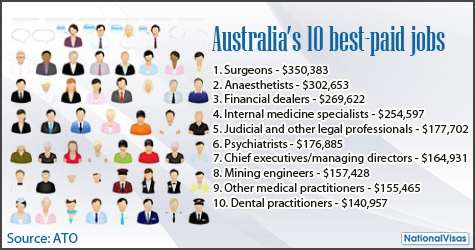 I just thought I’d run a blog here on what we’re doing at the moment and how we came about the program, how we set this program up and why it’s really exciting in that respect, because one of the things I’ve just noticed and I hadn’t really thought about this when we’re setting the program up, but a lot of people are looking for ways of saving money on their build.

“Now”, I said “roughly how long is it going to take you” and they reckoned about three weeks. That’s like, let’s say that’s 40 hours a week, that’s then 120 hours.

They obviously were a bit taken back and a little bit cheesed about the fact that they could and potentially save that amount of money, but they didn’t really have that opportunity now.

But what came about was that, if you’re building a custom home that was costing around about $520 odd thousand, I said “look you’ll save 40 percent if you cut the middleman out and by that I mean you’re cutting the custom builder out who’s running your job.”

I said “yeah, but on top of the 20 or 25% margin, they’ll be charging you their running costs and why wouldn’t they, because that’s how business works.” I said “most building companies running costs around about 10 at the very best to 15 percent, so we could say that most likely around 12% average.” I said “Pretty soon” I said “generally up to 40 and I know from my own experience from other owner bills, I’ve done myself, we’re saving around, about 40 to 45% on the actual custom build price.

There’s a significant saving to be made there. I went through the process and I said “well look as far as I know, from my past experience and doing a lot of builds, we spend about 120 hours on running each job. That’s how much time it takes me, yea, that’s how long it takes.

We’ve set a program up and we’ve made this a program available now that you’re able to jump on and run and do your own build from this owner build program, but what we insist and I insist of this, is’ that we coach and mentor you through the whole build process. We don’t want you to just do a course or anything and just jump on, do a take off your house and then start running the build.

Then running into trouble, no, we want to run through with you, right through to the end, because our objective is for you to get the home of your dreams at the price you can afford.

This is really what we are aiming to do and what we’ve got. We’ve launched it, it’s available now.

It’s a fantastic program, it’s so sophisticated but what we’ve spent so much time taking out, the sophistication of use so it’s actually really simple to use.

But there’s so much that goes on within the computer program that you don’t need to know, you don’t need to do all calculations etc. I’ve written a book on the whole approach process of how you can do it yourself, but I found that was so complex and complicated when doing it, I thought, I know what I’ll do, I’ll make a program where you can do it, where it’s all automated and it makes it nice and simple.

That’s what we did just recently with one of the projects that we’ve just finished. It returned 43% saving on the custom build price, that we had been quoted.

That was using the program and we started building and finished in for four months just over four months of actual building.

Some of the advantage advantages that we just don’t always realise is when you’re an owner builder or a smaller builder, literally is to be more efficient.

You know honestly, some of them volume builders think that they’ve got it because they’ve got all these systems going, therefore they’re efficient, but you’re able to manoeuver, when you’re in a smaller builder in some ways you more able to move things a bit further advanced or even further ahead and sometimes you’ll find, trades people or suppliers ringing you up, saying “hey you’re ready yet, are you ready for something. I know we’ve got it in for next week, but we’ve got a break, we’d can come this week.”

That’s what we did find happened, so we actually had probably about three weeks of wet weather in the project, but we actually ended up finishing on time because that those very things happened. Others got behind, but because we’d pre-ordered the job right from the start to finish, everything was ordered and schedulabled.

The suppliers and trades thought, wonder if these people are up to speed, because their other jobs etc or building companies’ work that they were supplying had got behind because of the wet weather.

They got in touch with us and we were a fraction behind but we were able to accommodate them, manoeuvre easily and get them in earlier. This meant we kept up with our job and actually came in on schedule.

That was because we’re smaller and more able to manoeuvrer and were able to accommodate them. That’s one of the many advantages of being able to do things as an owner builder, now look if you want to learn more, just give a personal message to me well, more than happy to have a chat to you about it and see whether this is something you feel comfortable doing. It’s not until you get you dip your feet into the water with something like this do you actually realize that it’s a viable proposition.

Love to hear from you.